Simple Machines is proud to announce the release of SMF 1.1 RC3, the (really) final release of 1.1 before final.

There have been several significant changes since RC2 - this has led to an additional release candidate (as opposed to going straight to final). In particular, UTF8 support has been added to SMF, providing considerably better language support to our international users.

Other notable changes in RC3 include:

Many, many changes for UTF8 support. Read all about it at the Online Manual.
Many tweaks to the search functionality.
Added a CAPTCHA option to the registration page (Including audio support for accessibility).
Added an AJAX loading indicator to show when a server request is taking place.
All numbers should now respect number format settings.
Fixed a bug with subject cache being out of sync.
Fixed speed issues when moving/splitting topics.
Fixed issues with notifications being sent in the wrong language.
Many changes to the numerous bridges Orstio has created for SMF.
...
最後修改原因: 2006-08-22 18:57 來自 羽城君拉. 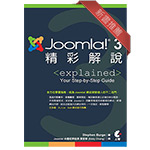